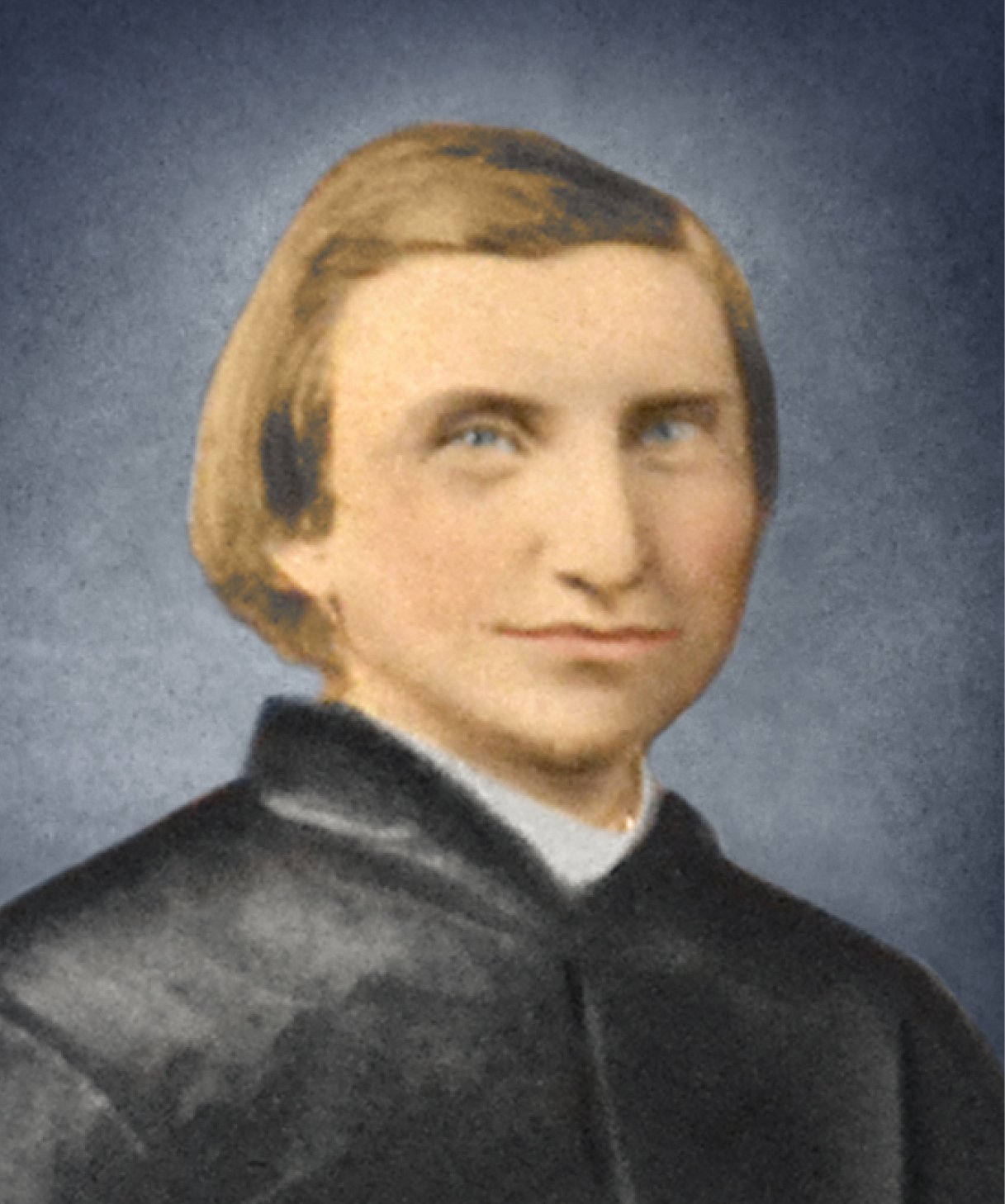 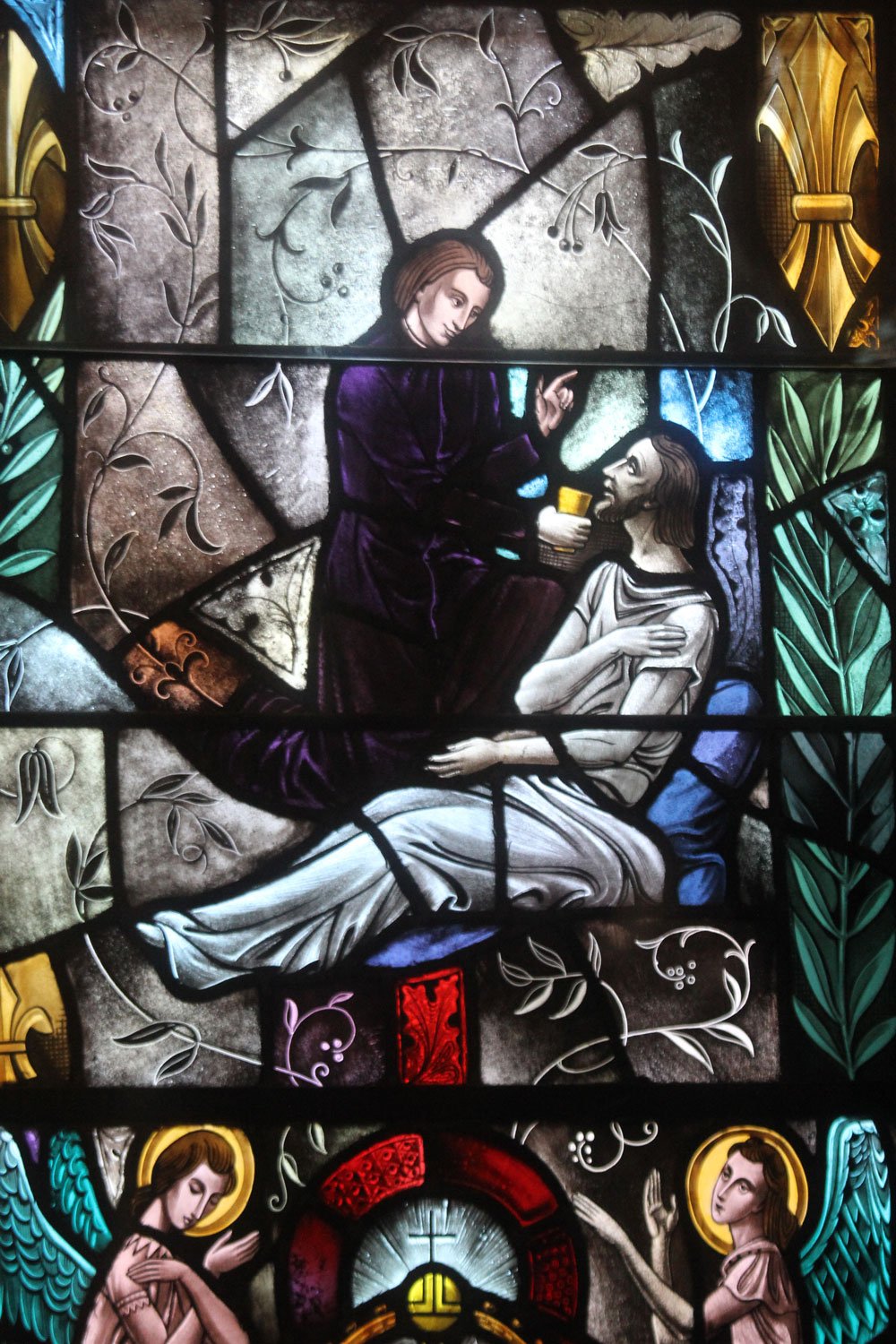 Fr. Jean Pierre was the first pastor of Holy Trinity in Shreveport, and was the second of five priests to perish in the 1873 Yellow Fever epidemic. Fr. Pierre was born to Guillaume and Claudine Pierre on September 29, 1831 in Lanloup, Brittany, France, where he was baptized at the local parish church of Lanloup, and studied at the Seminary of St. Brieuc. Bishop Martin recruited him to come to Louisiana in October 1854, and he was ordained a priest in Natchitoches, Louisiana on September 22, 1855. His first assignment was to build a parish church for the community of Bayou Pierre (today Carmel, Louisiana), and he supervised the construction of the Church of the Holy Apostles of St. Peter and St. Paul in 1856, which no longer exists, but has recently been marked by the State of Louisiana as a significant historic site. It was Fr. Pierre’s wish to establish a church in Shreveport, the largest town in the region, and Bishop Martin permitted this. Soon after the completion of Holy Apostles, Fr. Pierre moved to Shreveport.

The Shreveport community extolled Fr. Pierre for his generosity, kindness and intellect; indeed, there are many accounts that attest to his work as a tutor for children of other faith traditions to raise money for the construction of a new church he would name in honor of the Holy Trinity. There are also many accounts of his care for the orphans and the poor, but it is the ultimate sacrifice of his earthly life during the 1873 Yellow Fever epidemic that is the best documented aspect of his selflessness toward others, personal sanctity and his devotion to God.

He contracted Yellow Fever just two days before the death of Fr. Quémerais, and was therefore unable to provide the final Sacraments to his young associate pastor. In his stead was a third priest from Fairfield who responded to the crisis, Fr. Jean-Marie Biler, chaplain at the convent who gave Extreme Unction to both dying Shreveport priests. Fr. Jean Pierre succumbed to the disease on September 16.

From Bishop Martin, who lamented:

“The death of one of the most saintly priests that I have known in my long career; Mr. Pierre, founder of the missions of Bayou Pierre, Minden and Shreveport … His excellent reputation has reached past the limits of my humble diocese and to keep such a treasure, it was necessary, more than once, to defend him against the truly justified esteem of several of my venerable colleagues, who saw in him a worthy candidate for the episcopate.”

Almighty and merciful God, You filled the heart of your priest, Servant of God Jean Pierre, with piety, generosity, zeal for the salvation of all souls and a capacity to see the face of Christ in his neighbor, especially in the sick, the orphaned and the poor.  Inspired and sustained by charity, this tireless shepherd did not desert his flock, but made the free and willing offering of his life for the salvation of his fellow man, regardless of creed, ethnicity or status, during virulent epidemic, affording them hope of eternal life.

Bestow upon me the grace to selflessly love my neighbor and fully trust in Your providential love, as did this martyr to his charity. If it be Your will, O God, glorify our beloved Servant of God by granting the favor I now request (mention your request), so that, we pray, all may know of his heroic virtue and holiness and may imitate his love for You and Your Church. Through Christ our Lord. Amen. (Our Father, Hail Mary, Glory Be)

Evidence of an immediate and continuous commemoration and devotion to Fr. Pierre is substantiated by many examples found in the historical record and in popular devotional patterns and practices: