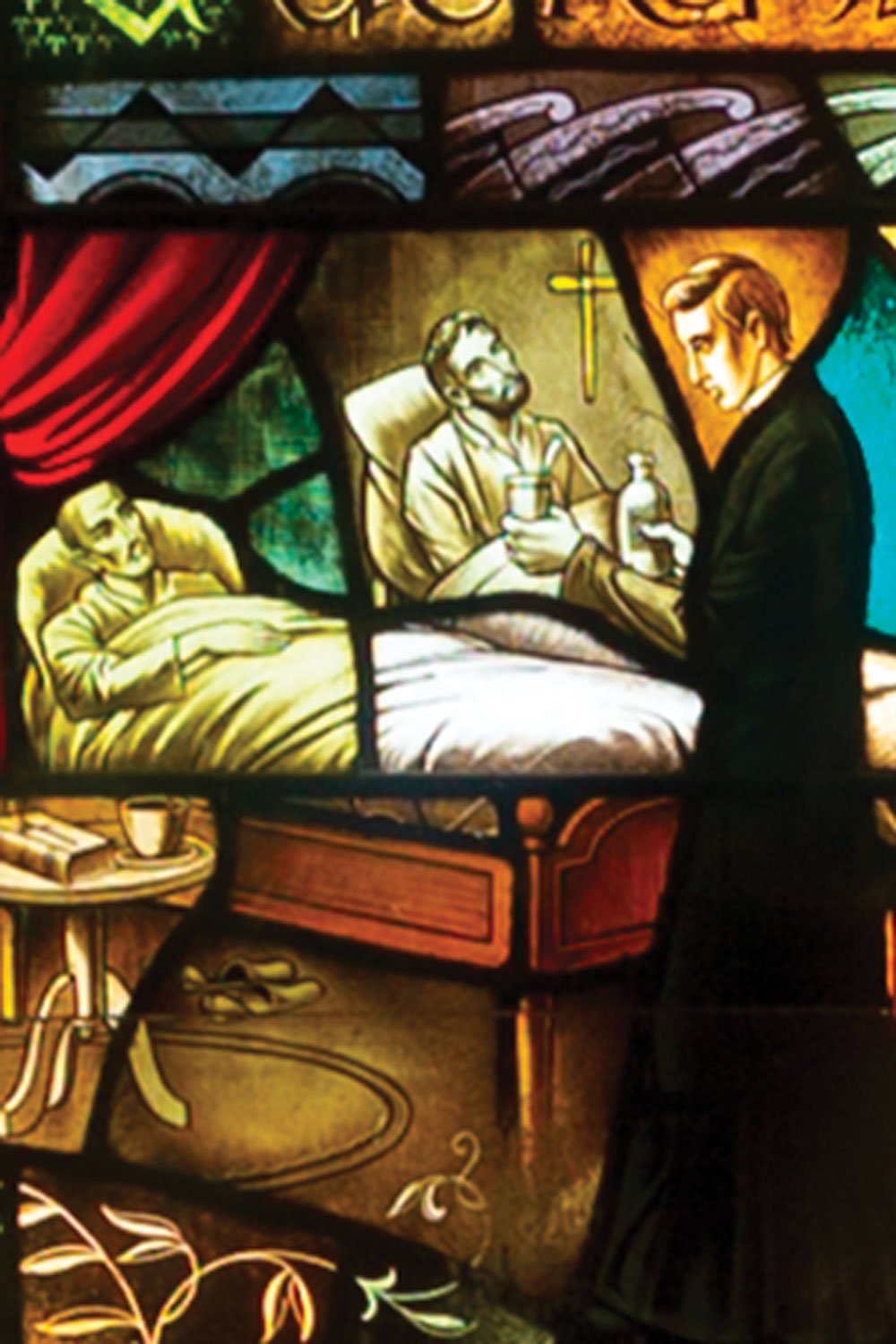 Shreveport Martyrs to His Charity

Thursday September 18,  Mother Hyacinth wrote to Bishop Martin asking for help; Fr. Biler fell ill
Fr. Gergaud boarded stagecoach in Monroe that evening: “Write to the bishop and tell him I go to my death; it is my duty and I must go.”

Saturday September 20, Fr. Gergaud arrived in Shreveport; went to bedside of Fr. Biler who then appeared to be recovering

Monday September 22, Fr. LeVezouet left Natchitoches for Shreveport: “It is the surest path to heaven.”
Bishop Martin wrote to New Orleans requesting priests who had previously been in Yellow Fever epidemics (? Verify this date)

Friday September 26, Fr. Gergaud was too ill to minister to Fr. Biler, who was now certainly dying.
Fr. LeVezouet arrived in Shreveport in the afternoon, went immediately to bedside of Fr. Biler and administered Last Rites. Fr. Biler died a few hours later, at 6:00 p.m.

In the late summer of 1873, Shreveport was besieged by the third worst epidemic of Yellow Fever that is recorded in United States history. On scale, the population loss was unprecedented. From late August until early November, Shreveport lost approximately one-fourth of its population to an illness that no one fully understood, although previous experience had taught that once the first frost arrived, the epidemic would abate. No one had yet made the connection that the virus of Yellow Fever is actually mosquito-borne, and in fact, requires the third vector of the insect to spread in a human population. Because of the unique conditions of a transient commercial population in this river port city, the density of population, and as home to a large mosquito population in the summer months, Shreveport was no stranger to the illness, and had seen many outbreaks since its founding in 1839. However, the scale and ferocity of the epidemic of 1873 proved to be one for the history books.

Counted among the city’s dead were five Roman Catholic priests and two religious sisters of the Daughters of the Cross, as well as a young novice of that order. The sacrifice of their lives in the service of the city’s sick and dying provides compelling testimony to the Christian virtue of charity, and their willingness to die for others is a model for true selflessness. Their stories, while tragic, are yet inspiring in their witness to the very ideal given us by Christ: “Greater love has no one than this than to lay down one’s life for his friends.”  (John 15:13)

The religious demographic of Shreveport in 1873 reflected a city that was mostly Protestant, but with a large Jewish population as well. Roman Catholics were but a small minority, and indeed, only three priests were assigned here at the time. Shreveport was a remote location of the Diocese of Natchitoches, founded in 1853. Its first bishop, Auguste Marie Martin, recruited priests and seminarians from the Archdiocese of Rennes in France to come to northern Louisiana. Among those men were five who could not have known at the time that their mission in Louisiana meant going to their deaths.

Fr. Jean Pierre, the founding pastor of Holy Trinity, had been in the area since 1854, when Bishop Martin first assigned him to Holy Apostles parish church in the Bayou Pierre community (Carmel, Louisiana today). Fr. Pierre built the first Catholic parish of Holy Trinity in Shreveport, and by the time of the Yellow Fever outbreak in 1873, he had only recently been joined by an associate pastor, the young 26-year old Fr. Isidore Quemerais. At the Daughters of the Cross convent located on the site of the old Fairfield Plantation, Fr. Jean Marie Biler served as chaplain.

With the Yellow Fever virus spreading rapidly, the Daughters of the Cross convent opened its doors as a hospital, as did Holy Trinity and many other churches, and even private homes throughout the city. Those who undertook the care of the sick and dying knew well the risks, and as the epidemic grew in both strength and numbers of lives claimed, it became apparent that 1873 was worse than the region had ever seen. Yet, the care for others did not cease. The sisters of the Daughters of the Cross worked alongside the clergy to minister to both physical and spiritual needs.

On September 15, 1873, Fr. Isidore Quemerais died of the virus. The following day, September 16, Fr. Jean Pierre succumbed as well. Two days later, on September 18, realizing that he was also ill with Yellow Fever. Fr. Biler sent a telegram to Fr. Louis Gergaud, pastor of St. Matthew’s in Monroe, asking for help. A similar plea went to Father Francois Le Vezouet in Natchitoches. As Father Gergaud boarded a stagecoach bound for Shreveport, his final words to his assistant were, “Write to the bishop and tell him I go to my death. It is my duty, and I must go.” Father Le Vezouet prepared to leave Natchitoches and someone called to him, “you are going to your death.” He responded, “I believe it. But it is the shortest and surest path to heaven.” Indeed, the priests’ own prophecies proved true, for both contracted the virus upon arriving in Shreveport. Father Gergaud died on October 1, and Father Le Vezouet on October 8.

Providentially, Father Le Vezouet arrived in time to provide comfort and final sacraments to Fr. Biler, who died on September 26, and for Father Gergaud. Also at the convent hospital, the epidemic had already claimed the lives of Sister Marie Martha on September 17, and Sister Marie Angela on September 23.

By mid-November of 1873, the illness waned, due to the arrival of the “merciful frost.” The city of Shreveport recovered, and the memory of this heroic virtue continues to this day. The population statistics of this epidemic underscore the poignant truth of their ultimate sacrifice: they did not question the creed or faith of the dying they comforted. They did not choose to suffer and die just for Catholics, but for any and all – because they were Catholic. Their ongoing witness to us is resoundingly clear, their sacrifices were not in vain.

These priests, all from Brittany, France, served throughout our diocese, from Shreveport to Sabine Parish, from Minden and Homer, to Monroe and the Delta, and from the See city at that time, Natchitoches.

Ordained in St. Brieuc, France, on Dec. 17, 1864
Ministered in Caddo Parish, at St. Vincent’s Convent
Died September 26, 1873, buried with the sisters in the mausoleum of Forest Park, Shreveport.

Ordained in Natchitoches, on May 3, 1856.
Ministered in Sabine and Natchitoches Parishes, and in the bishop’s office.
Died October 8, 1873, buried at St. Joseph Cemetery, Shreveport.

2023 will be the 150th anniversary of their free offer of their lives.  The third-worst epidemic of Yellow Fever that is documented in United States history occurred in Shreveport, between late August and mid-November of 1873. The city lost one-fourth of its population (approximately 1,200 deaths) to the epidemic in less than three months. The dramatic effects of this epidemic are apparent in the crisis situation that resulted from the imposition of a federal quarantine, citizen curfews, and a critical lack of supportive medical care and caregivers. Resources to care for the sick and dying were scarce, as trained medical personnel were among the first to die, and many others chose to flee the city. In a community ravaged by disease on so significant a scale, there were many of its citizens who fled for the safety of towns in the surrounding regions. Among those who stayed to care for the victims were two Roman Catholic priests assigned to the city, and one from the neighboring township of Fairfield. Among those who came to Shreveport from the safety of remote unaffected areas were a Roman Catholic priest from Monroe,  and one from Natchitoches.  By mid-October, all five priests were dead from the illness, each having made a clear choice of conscience to sacrifice their own lives in the care of others. 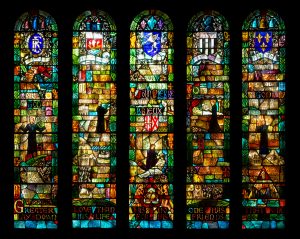 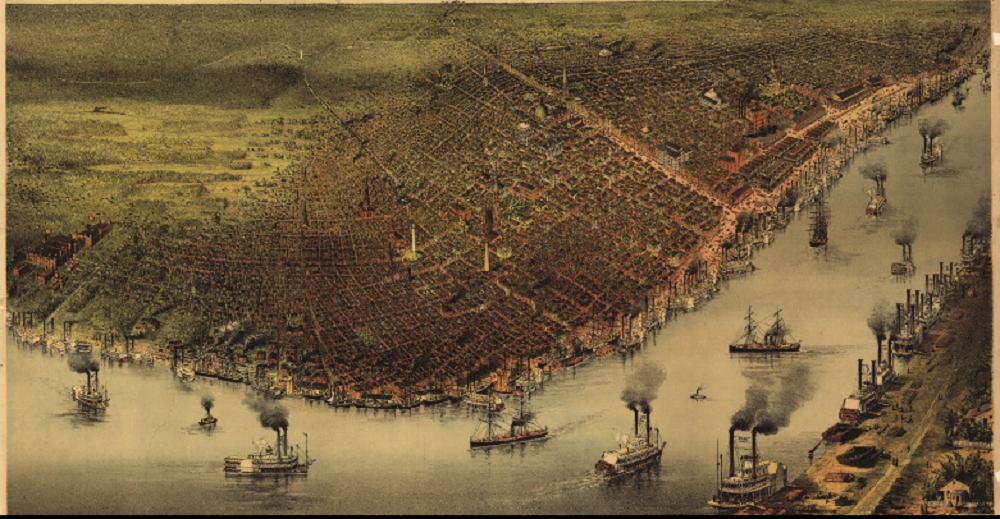 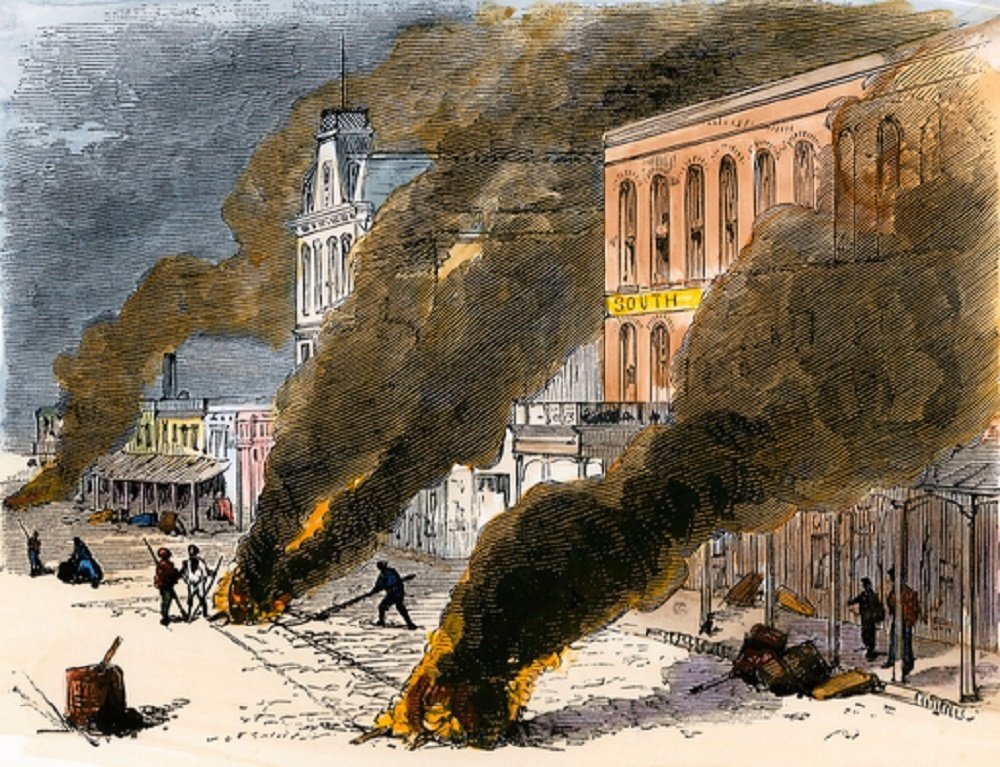 This video shares the story of the lives and sacrifice of the Five priests who died in the Epidemic of 1873, here in Shreveport.  Four locations: Holy Trinity, Oakland Cemetery, St. Joseph Cemetery and Forest Park Cemetery, sites of burial of our priests.

Praying through the intercession of the Five Yellow Fever Priests during this pandemic Covid-19.

We call upon the intercession of the Five Priests who died in the epidemic of 1873 in Shreveport, we continue to make their cause known.

We pray, through their intercession,
that any sickness may be healed,
all anxiety comforted,
all caregivers protected,
and that wisdom be bestowed
on those in authority and prudence to all.
Jesus, see us in our need and
have mercy on us.
Amen.

Greater love has no man than this, that a man lay down his life for his friends. (Jn 15:13)